COBWEBS is a 1-5 player GM-less RPG that tells stories of reluctant investigators uncovering terrifying conspiracies and getting far more than they bargained for.  It combines elements of noir, horror, and science fiction to create a uniquely haunting mystery built collaboratively. If you enjoy podcasts like Limetown and Tanis, comics like Mind MGMT, or movies like Under The Silver Lake and Mute-you're in the right place.

This game builds upon mechanics you know from games you already enjoy such as Lovecraftesque, Blades in the Dark, and The Hour Between Dog & Wolf while simultaneously bringing a new and novel experience to your table.

Cobwebs is designed by Adam Vass of World Champ Game Co. illustrated by Sally Cantirino, and published by Exalted Funeral.

Cobwebs works best with a group three players but comfortably supports one to five. Over the course of your game, each player takes turns inhabiting one of three shared roles:

Each role has particular goals and randomized contextual setups in each scene as determined by dice rolls interacting with a beautiful cloth die-drop playmat.

Each player shapes the mystery in secretive ways, adapting and projecting various theories as you progress. The final result is the sum of the collective’s contributions to the story, and still a conclusion that no one person could have anticipated.

The digital edition of COBWEBS includes the following:

If you're interested in the physical edition which includes custom dice, tokens, and a screen printed cloth playmat, visit worldchamp.io/store or exaltedfuneral.com

In order to download this game you must purchase it at or above the minimum price of $15 USD. You will get access to the following files:

Support this game at or above a special price point to receive something exclusive.

if you're not able to buy this game, please grab a free copy here and enjoy. If you enjoy the game, please consider coming back and leaving a 5 star review.

My partner and I played this over the weekend and it was a really fun date night! We tried one of the premade adventures that comes with the ruleset (Murder in DeVille Manor) and had a great time. Our story ended up with lots of twists and turns and a pretty shocking conclusion.

The mechanics really set us up to build the story together. While we went prefab for the adventure, fleshing out the characters, creating different scenes, and the attitudes/interviews means they are endlessly replayable and you can easily make your own scenario and run with it.

If you love mysteries and collaborative story telling, this is a game for you!

Adam Vass is definitely a very talented creator, and if his games are not all equal, they are never uninteresting. Cobwebs, in which a protagonist is looking for a missing loved one and discovers strange and dark facts around this disappearance,is chock-full of clever ideas, from the use of a multi-functional game board to the presentation of semi-filled canvases allowing a whole bunch of different atmospheres and universes with the same atmosphere, and I haven't even talked about its pretty layout full of false secrets; in short, if you like role-playing games pushing to the strange and unsettling investigation, Cobwebs is almost a must-have!

this review made my day, thanks so much!

It seems that the COBWEB Dice of COBWEB Template (Google Slides) are invalid.

For example, if you click "Roll, Less Than 3 Danger", you will get the following error message:

Exception: The image at URL...could not be retrieved. Please make sure the image is valid and accessible.

Cobwebs is a 3--5 player conspiracy horror trpg about a single character investigating the disappearance of a loved one.

The PDF is 72 pages, with easy to read text and excellent low-fi, zine-style art and layout.

Cobwebs is played with d6s, a d12, tokens, a playmat, and optionally a voice-recording device. There's a Twin Peaks-y vibe to its setting, but its malleable enough that you can use it to run games in the present day or the distant past as long as you preserve the general atmosphere of suspense, distrust, and alienation in a crowd.

Because your main character is played by the group, character creation takes a different approach than many other systems. You're encouraged to leave chunks of your protagonist undefined and find out who they are during play.

In essence, uncertainty is your GM, and as you play elements of the story will naturally snap into place.

To support this approach, the game uses Theories and Motifs to keep everything loosely connected. Theories are each player's best guess at what's actually going on. They're kept secret from other players, but they are explicitly used to guide narrative decision-making. Motifs, meanwhile, are public knowledge and have no meaning on their own, but everyone is encouraged to include them. A Motif might be an image, or a song, or a reference, and everyone is encouraged to sneak it into scenes.

That said, Cobwebs *is* still a game that can be won and lost---at least by the main character. The game's playmat tracks time, danger, suspicion of NPCs, and other elements in a very corkboard-y kind of way. If too much time is elapsed, or too much danger accumulates, the story ends---sometimes abruptly and unhappily.

An unhappy ending to the story isn't necessarily an unhappy ending for the players, though. Cobwebs is a game that you play to enjoy the act of playing it. You play towards drama, and suspicion, and towards confirming your theories about the plot. Sometimes that means you get an ending like Alan Wake, and sometimes it means an ending like Blair Witch.

For player resources, multiple safety tools are provided (X-Card, Lines & Veils.) There are also game sections on modifying Cobwebs to support more players, to allow multiple main characters, and to resolve at-the-table conflict. A bunch of scenario hooks are included for groups that want to jumpstart their investigations, and the hooks are varied and compelling to read. Random tables are also provided to quickly generate names, relationships, fears, objects, and more, and finally the book features a list of media touchstones in case you want some Mars Volta or Alice Isn't Dead to get you into the right headspace for Cobwebs.

Overall, if you enjoy trpgs as a chance to act, and theorize, and engage socially, Cobwebs should be on your radar. And if you specifically like stories like Stranger Things or Twin Peaks, it should be towards the top of your list. It's not a crunchy game, and it divides up player agency in interesting ways, so it's best played with a group of friends that wants to collaborate, and who don't mind if they lose as long as the story is good. 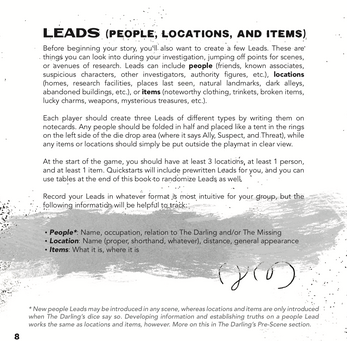 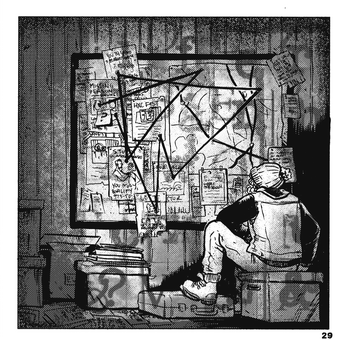 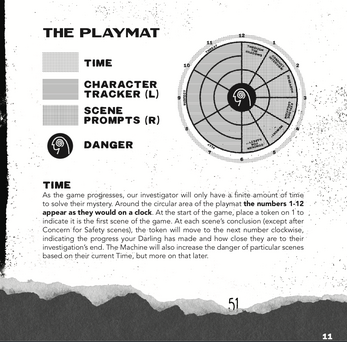 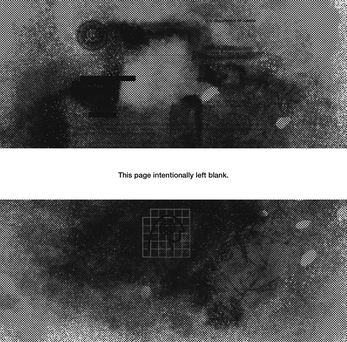 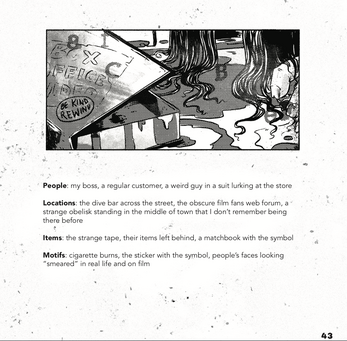